The Bride’s or Groom’s Father has a Girlfriend

Situation 1.
Martha was about to get married. On the wedding day, she, her mother, her bridesmaids and her father’s girlfriend went to the beauty parlor to have their hair done. Upon arrival, they have learned that only one stylist was present.

The situation created a commotion.
The father’s girlfriend, being so vain and inconsiderate was the first to manage her hair done. Of course, the mom and the bridesmaids fumed in anger.

Situation 2.
Albert was the groom. His father has a current hot girlfriend. The girlfriend was almost of Albert’s age and is obviously just after fun. In short, it was apparent his father’s girlfriend and his dad are just having a fling. Should the girl be invited to the wedding? 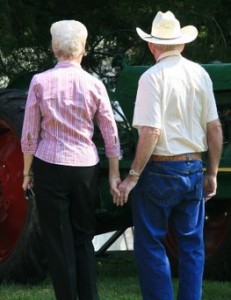 There you go.
Wedding situations can sometimes get really petty.
If you are a bride’s or a groom’s father’s girlfriend, consider your position.
Do not ruin some people’s precious moments.
Do not settle to steal wedding thunders.
Adopt a mature stance even just for the wedding occasion.

The usual dilemmas brides and grooms encounter involving their father’s girlfriends and their moms will be discussed in this section.

Let us consider this situation.
Dory’s father has a girlfriend.
He threatens that he will not attend or show up at the wedding if the girlfriend will not be invited. In short, the father wants to display his sexual prowess by tagging along his hot girlfriend in the wedding.

Inviting them both will never be a problem, Dory thought.
But the situation got complicated when Dory got to talk to her mother.

Telling the mom of her father’s demand, the mother, of course, got really really angry. There will be no way she can be at the wedding if her father will bring along his girlfriend. The world seems too tight for the three people.

What should Dory do? It is like asking her who she loves more, her father or her mother?

Adhering to the wedding etiquettes, Dory should not choose one.
She should instead strategize to avoid being made to choose.

As a wedding etiquette, fathers and mothers should be in the wedding. For Dory’s case, she just told her mom and dad that they would not want to ruin the occasion just because of a tiny dispute. It worked.

Of course, the mom, the dad, and his girlfriend will never get along, but Dory made sure the three will not meet face to face during the occasion. That way, the wedding moved smoothly. No cakes were thrown and no one screamed at each other.

What if the father’s girlfriend is for the long-term?

Bride’s or groom’s father’s girlfriends are not always on the downside.
Sometimes there are these girlfriends who are meant or intended to be long time partners.

If that is the case, wedding etiquettes have it that the girlfriend be invited to the wedding. Anyways, she will be a part of the family soon so she should start her function early.

Make sure the ex-wife and the current girlfriend of the bride’s or groom’s father know that each other would attend so both of them will not be surprised. Remember, it is during surprising moments that hot-tempered women act impulsively.

If the father’s girlfriend is apparently just a fling or just a short-term relationship, and if the father’s divorce with the mom is not yet through, explain to the father the situation.

Tell him the sanctity of marriage will be symbolized in the ceremony.
Tell him, though it may sound not really nice, that bringing in a date especially since he is not yet totally divorced would degrade the solemnity and sanctity of the sacrament.

Explain that whether you dislike his girlfriend or you do like her, people will still see him married to the mother. So he should spare his girlfriend from embarrassment by not bringing her along. The girlfriend might just feel that she is not invited to the wedding anyways.

Fathers should be more understanding because they are assumed to be more mature and wise. Thus, if you are a bride or a groom in those situations, find the strength to deal with the matter with grace and patience. Be diplomatic and talk it out. This will save you your wedding day.

A Different Kind of Wedding Checklist – Remembering the Parents 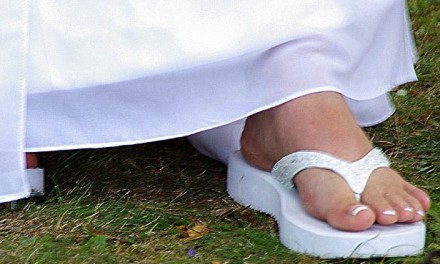 Dressing the Mother of the Bride