Making a game of who gets the centerpiece, then, can be an amusing diversion and one many guests will enjoy participating in. Here are some ideas for giving away that reception table centerpiece.

How about a game of 20 questions?
Give each guest a piece of paper and a pen or pencil.
The MC or DJ asks a series of 20 questions, but first gives the guests the basic background information, that is, that the answer is an animal, place, person or thing. Once that’s taken care of, people can shout out questions and the MC or DJ will answer yes or no, and whoever figures out the answer first gets the first centerpiece, and that particular table is done playing. The game is repeated until one person at each table has won the centerpiece.

One of the most popular ways brides give away the table centerpieces is to put a number on the bottom of the centerpiece and give each guest a number. At some point in the evening, a number is called, each guest checks his or her number and whoever has the called number gets the centerpiece. There are many ways to put a twist on this traditional activity.

For example, you might provide each table with a number, but make it a lower number (ie. between 1 and 10) and the DJ or MC could move from table to table and have each guest do something a certain number of times. So, at the first table, for example, the guests might need to do “head, shoulders, knees and toes” six times and whoever does it first gets the centerpiece. Or, at the second table, the guests might be required to sing the alphabet 3 times or sing “twinkle, twinkle, little star” three times and whoever does that first get the centerpiece.

Another fun activity for divvying up the centerpieces is to require guests to produce a certain item. The DJ or MC moves from table to table, announcing what guests at that table will be required to produce in order to get the centerpiece. Maybe it’s a Georgia quarter or a mint, or a doctor’s appointment card. Whatever it is, the guest at each table who produces the requested item will get the centerpiece.

You can always make it easy and offer the centerpiece to the oldest person at the table, or the one who took the most number of years to finish college. Perhaps you could create an activity where the person who has the strangest talent (as voted on by the tablemates) wins the centerpiece. Then, if possible, that person might show off the talent for the entire reception party. 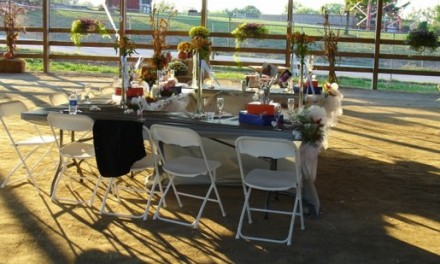 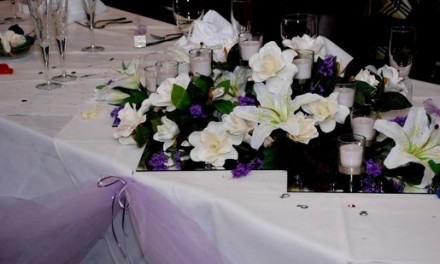 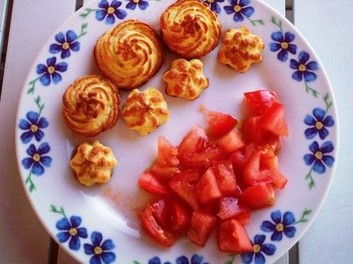