The Tradition of The Ring Bearer 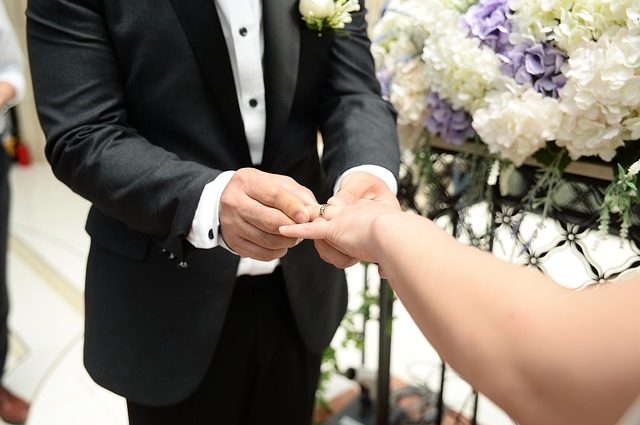 If you have ever attended a wedding ceremony, there is always that one young boy acting as a ring bearer that steals the show as he walks down the aisle in his adorable ring bearer outfit. This role is usually given to a young boy that is a family member or a friend’s child, often of the ages between 4 and 10. However, someone younger or older can still do the deed. Tradition states that the ring bearer should walk down the aisle after the last bridesmaid and before the flower girl if you have one.

Ancient Egypt
The most common belief about the ring bearer tradition is believed to have originated from ancient Egypt. In that era, treasured jewels used to be carried on top of ornamental pillows when there were celebrations, during wedding ceremonies. Some historians believed that the rings were carried by adults on decorative pillows during Egyptian times. Today ring bearers sport a tuxedo just like those of the groomsmen and groom to perform their duties.

Medieval Era
Some historians believe the trend of incorporating ring bearers into a wedding ceremony began in the Medieval Era. During this era, a young boy child or a page boy as they were commonly referred to played the role of carrying the train of the bride’s gown down the aisle with a prayers book in their hand. The page boys didn’t carry the ring; it was always carried on the tip of a sword. Since pillows were scarce during that era, wealthy families had to replace the swords with pillows as a symbol of their riches and a symbol of good fortune for the couple. The page boy’s duty was to carry the pillow while adorning ring bearer clothes.

Victorian Era
During the Victoria Era, the role of the ring bearer became more popular. The boy’s attires comprised of velvet jackets, round linen collars, and short trousers. The ring bearer garments often comprised large bows of white crepe which served as a collar fastener; the trend is dead and forgotten. Today, the ring bearer’s clothes consist of tuxedos that resemble that of groomsmen.

Wedding bands have a metaphorical significance in a wedding. The wedding rings embody a fresh bond that exists between the groom and the bride and the commitment they have for each other and the marriage.

Another popular theory about this tradition has it that the presence of ring bearers and flower girls at a wedding is not just supposed to add glamour to the occasion and create laughter but for the purpose of fertility superstitions. The children symbolize the children that the society expects the couple to have. Including them in the wedding acts is meant to act as a good luck charm to ensure that the couple will not have any difficulties conceiving. This belief originated from the ages when the sole purpose of marriage was procreation. This is also the reason why the young girls throw around flowers because flowers also signify fertility and the act of throwing petals are seen as a way of blessing the wedding so that it will be more fruitful. Nowadays, however, a good number of people get married without the intention of having children. Regardless of the couple’s future intention, they can still incorporate ring bearers and enjoy the fun that comes with it without paying too much attention to their traditional symbolism.

Nowadays, people are going against tradition by choosing to have their furry friends deliver the rings instead of young boys. Some people also prefer to have young girls do it. However, in most weddings, the responsibility of carrying the ring down the aisle still belongs to young boys. In the recent times, the role of ring bearers has become more versatile. It is not uncommon to see ring bearers walk down the aisle holding a sign with the message ‘Here Comes The Bride”, other couples choose to do away with the ring bearer altogether. Another new trend that couples have taken up in the recent years are the tendencies to have ring bearers carry fake or symbolic rings instead of the real and expensive ones. This is because some ring bearers are too young and there is no telling what they will do to the costly ring, so to avoid getting it damaged; they choose to have the best man carry it in his pocket.

If you have a ring bearer, you need to think of what they are going to wear. Most ring bearers wear a mini suit that is similar to the one that the groom is wearing. There are many ways styles in which the ring bearer’s clothes can come in; only your imagination can limit you.

Regardless of whether a couple selects their child, a relative’s or a friends child, or the couple’s dog to play the role of a ring bearer, the rich tradition of the ring bearer should not be far from their minds. Including children in a wedding ceremony makes the event more magical. They often bring smiles to those in attendance. 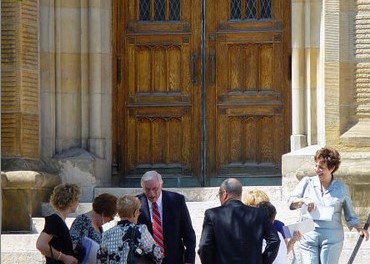 Wedding Ceremonies – It’s all down to detail! 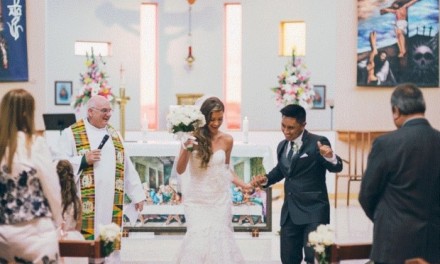 Wedding Programs: What To Look For

Congratulations! Feel free to browse around our site for everything you want and need to know about how to make the most on your special wedding day!