Each year thousands of couples come to Las Vegas and married.
Some of these wedding are planned; some are spontaneous, like Britney Spears’ infamous 55-hour wedding to an old friend. 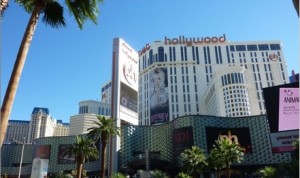 But hopefully, most of the weddings that happen in Las Vegas will be far more stable and successful than some of the short-lived celebrity weddings that Vegas has hosted.

That said, if you’re considering a wedding in America’s fun capital, what’s your pleasure.
It’s no exaggeration to say that in Las Vegas, the sky’s the limit.
If you want a Renaissance-flavored wedding, you can get it at the Excalibur, and they’ll even throw in the King and Queen costumes as part of the deal.
If you want to get married by Elvis, or at least a reasonable facsimile thereof, that’s possible, and for extra bucks he’ll even serenade you with “Teddy Bear,” “Heartbreak Hotel,” “Don’t be Cruel,” or any of the King’s other hits.

If a pirate wedding is your style, you can get hitched on the deck of an actual pirate ship at the Mandalay Bay resort with a crew of scurvy swabs and pirate lasses as your witnesses.
Aarrrr, now that would be a wedding to remember.

On the other hand, if Ancient Egypt is particularly fascinating to you and your fiancée, you can have a mystical, Arabian-style wedding at one of the most beautiful, exotic resorts anywhere on the planet.

Now if you and your fiancée want to be treated like Roman Royalty, complete with a Roman Centurion for your best man, and some slave girls in waiting for her attendants, then Caesar’s Palace is the place that can provide you with a Roman-themed wedding, including a fabulous wedding feast and a luxurious honeymoon suite.

These are all wild and fun suggestions, but if you crave something a little classier and your budget allows for it, then why not get married at Bellagio in one of the many gorgeous gardens all over the grounds.
Such a beautiful, luxurious setting will give you wedding memories that will last you your entire life.

If you’ve always dreamed of getting married in Venice but you can’t afford the airfares, the Venetian resort is the next best thing.
And after you’re married, you can take a romantic gondola ride through the Venetian and get serenaded by a classically trained gondolier singing opera.

However, if speed, simplicity, and low cost are your priorities, you can also get married quickly and easily in a no-frills ceremony at one of the dozens of small wedding chapels all over town and then get on with your honeymoon in one of the most exciting cities in the world.

Ladies and Gentlemen – Start Your Engines For a NASCAR Wedding! 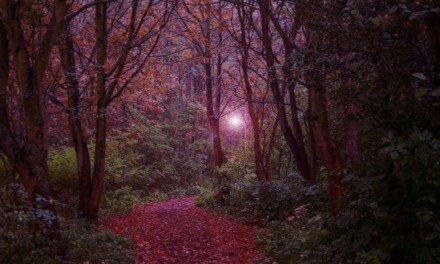 A Fantasy Wedding Presents a Magical Range of Possibilities 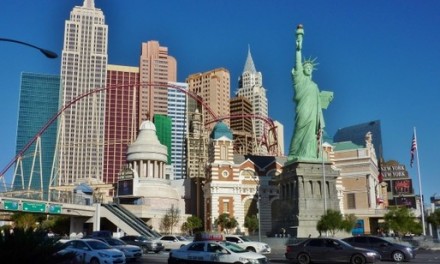