Becoming a Fashionable and Graceful Stepmom For A Wedding

We have wedding etiquettes left and right tackling a number of issue related to weddings. But modifications have to be made because times have also changed. 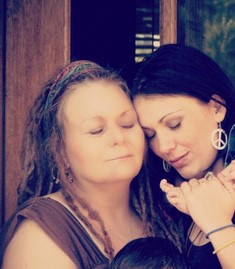 Centuries or decades ago, husbands and wives are stuck to each other for life, in sickness and in health. But nowadays, everything has changed. Most of the parents now are divorced by the time the marriage reaches its tenth year.

That is why modern weddings are further complicated with the emergence of stepmothers. Yes, almost every bride or groom in town has a stepmother.

But the problem is, how are stepmothers dealt with during weddings. From this cue, let us focus on stepmothers.

Stepmothers are usually portrayed as wicked and evil, just in the case of Snow White and Cinderella. But in reality, stepmothers are also human. Most of them are really kind and good-hearted, and some are even better, when it comes to the personality department, than real mothers.

If you are a stepmother, the simplest and most basic ethic you should adopt when your step daughter or step son gets married is to take the back seat.

The principal and most basic issue that hounds stepmothers during step daughter’s or step son’s weddings is the attire. Focus on that, and be amazed at how every issue and dispute is covered by the issue on attire.

Traditionally, during weddings, it is the bride’s mom that decides on everything.
The first and basic concern for each wedding is the wedding gown.
Biological mothers have all the right to intervene and decide on that.

Take not that in adherence to traditional and appropriate wedding etiquettes, the groom’s mom, the bridesmaids and the maid of honor will have to take the fashion cue from the bride’s mother.

In other words, the bride should stand out in the wedding.
Her mom will have to stand out next to her.
No one ever will have or be given the chance to steal their thunders.

Doing otherwise will divert attention from the two stars of the moment to you. And that will lead to serious encounters and problems. Do not spoil your step daughter’s or step son’s wedding just so you can stick out and flash your unique and sensible fashion statement.

Your attire should only be complimentary, in style and in color, to those of the bride’s, the mom’s, the maid of honor’s and the bridesmaids.

Stepmothers during the wedding

The stepmother’s sacrifice in the attire department does not stop there. Most stepmothers should be canonized as saints especially if they patiently survive step son’s or step daughter’s wedding.

In throwing up receptions, stepmothers’ attires should still be underdog compared to the bride’s and the mom’s.
Take note, adhere to this wedding etiquette even if you husband pays for the entire wedding.
You will not want to arouse his ex-wife’s temper.
For sure.

During the ceremony, the stepmother, with her dress-down attire, does not normally sit beside the bride’s or groom’s father. It is still the biological mother that has the right. Stepmothers are usually seated two to three rows back of the groom’s or bride’s parents.

If you are a stepmother and you are of the same age, or younger than, as the bride, do not, repeat, do not attend the wedding. You might attract scandals. If you have been the cause of the break up between the bride’s or groom’s mom and husband, the warnings should be utmost and more emphasized to you.

It is hard to be a stepmother, right?
But understanding your position and living it out with utmost fashion and grace will help you outshine the occasion, even if you do not need it.
You are not on the losing side.
Besides, you have your loving husband with you—the proof and trophy for you being the winner!