The Value of Wedding Invitation Wording

Art, in general, is the appreciation of beauty. It implies order and harmony of parts in a given whole. 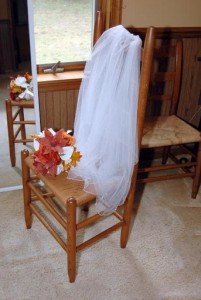 Human life does not imply merely physical survival. It is a vocation towards the refinement of the spirit. Hence, the demands of daily life include and derive meaning from the cultivation of those traits that truly reflect man’s innate dignity. In this context, ethics is considered an art. However, there are art forms that are different from those that are considered as ethical

For this reason, certain actions of man must be in proportionate to the ethical standards as dictated by man’s innate dignity. One of which is how we should use words in different functions.

Any misused, abused, or unethical choice of words may result to misunderstandings or misinterpretations between and among the guests.

Generally, wedding invitation wording should be clearly established to avoid confusions and misconception. There are instances were words may have several meanings depending on how it is used in a sentence.

Moreover, the wordings must accurately define the details of the wedding like the date, the exact time, and the place where the wedding ceremony will take place. These things should be clearly stated because there are cases wherein most guests directly assume that once they are invited, it means that they are asked to attend to the wedding ceremony and the reception.

However, there are some weddings that the couple would usually invite people just for the reception. In this case, the couple has decided to make the wedding very private and that they only want their immediate relatives present during the ceremony. The guests are asked to attend on the reception already.

On the other hand, wedding invitation wordings may also vary depending on certain circumstances that the couple has no control of. An example is the concept of who paid for the wedding.

In this instance, it is best to choose words that would pay respect to the party whom the recognition is due but should also be made in conformity with the ethical standards, in which the feelings of the other party should be considered also.

Alternatively, the setting of the wedding should also be considered when establishing the wedding invitation wording.

If the wedding is informal and will only take place in a home, then it is best to replace the usual words being used in formal invitations to a more casual tone but still with respect.

Boiled down, any kind of wordings will do when making wedding invitations a long as the words are in conformity to the ethical standards set by the society and as patterned on the innate dignity of man.

Best of all, the details of the wedding should be clearly stated, otherwise, the wedding invitation will definitely lose its main purpose.

Choosing Just the Right Wedding Invitations for Your Affair

Getting Your Wedding Invitations Sent