And for the rest of their lives, the man and woman shall be together…. 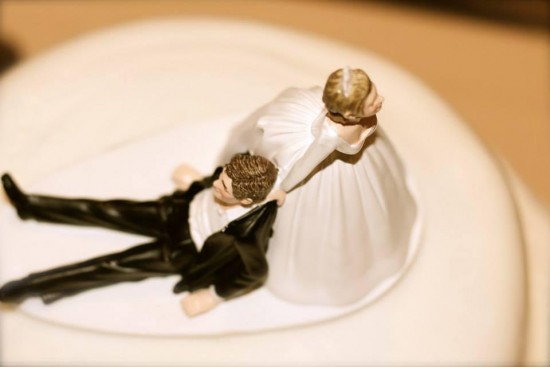 Doesn’t it sound romantic?
For the man and the woman to leave their families to be as one, to form a new family? It has been like this from time immemorial. And throughout the millennia, the concept of family and marriage have been so closely knotted together that it is sometimes impossible to separate one from the other.

Marriage is present in every culture in some form.
Although the laws, norms, and cultures may differ, they all still recognize the union of man and woman under one roof.

Marriage has evolved in so many ways from the different cultures all throughout the world throughout the ages. For each culture, there are diverse ways of celebrating something like marriage. But in each culture, there has always been one thing that has remained the same – that in every culture, and every tribe, marriage has always been one to be celebrated with the utmost of festivities, with singing, eating, and celebrating.

Along with these festivities, man has also adopted a growing, and evolving number of traditions each filled with meaning and – believe it or not – shocking origins.

The Wedding Cake
Today’s tall, elaborated, and delicately crafted wedding cakes evolved from the simple grooms-cakes made by family members for the bride. Before the wedding day, one of theses cakes was put under the pillow of the bride. The bride would then sleep and “dream” of the groom, and yes, squish that cake into oblivion.

The real wedding cake would be a pound cake that would be “pound up” and crumbled and tossed at the couple as a sign of fertility. That is where we get today’s custom of sprinkling the couple with rice after the wedding.

Cakes during weddings are usually stacked up in large layers. The higher the stack, the more ‘glamorous’ the cake. People usually regard these arrangements are mere style. However, they were done so in the past as a symbol of fertility. Couples would stack these cakes to symbolize how many children the wished to have. So in the past, the higher the stack, the more the children.

Tying the Knot
Now the truth can be told. Tying the knot did not necessarily mean getting knotted together. During ancient tribal times, the bride would usually be wrapped in a sheep with a knot out in front. This was to symbolize virginity. ‘Untying the knot’ was the groom’s privilege after the wedding the night.

Best Man – Secret Agent
And startling enough, the best man used to play a different role in the early days. During tribal times, it was the best man’s duty to abduct potential brides from other tribes. He would usually do so by clubbing the poor damsel over the head and drag her back home – just like those comic skits about cavemen seem to suggest. It was also the best man’s job to ward off the angry relatives of the bride. So in the early days, it was the best man swinging his axe while the groom got hitched.

Today
Although we are a little less barbaric than earlier times, we still see an evolution of the wedding ceremony and its tradition. These traditions are filled with meaning and can only serve to make your wedding day more memorable.