Did you know that some Chinese wedding customs are more than 2,400 years old?
That gives a whole new meaning to the word traditional.

In general, most western wedding customs are only a few hundred years old, with some traditions, such as the bride wearing a white wedding gown only going back as far as the reign of Queen Victoria in the Nineteenth Century.

In traditional Chinese families, the wedding proposal is left to a go-between who acts as a kind of agent for both parties in the marriage.

As in other Asian cultures such as the Japanese, Korean, Vietnamese and Indian cultures, the parents are the most important decision-makers, not the prospective bride and groom. 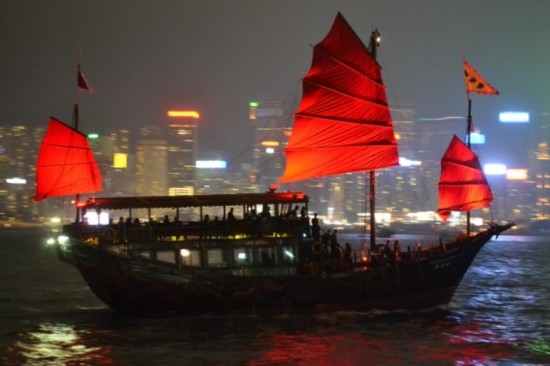 To the Chinese, marriage was mostly concerned with continuing ancestral lines and creating strategic alliances with other families, duties that were considered far too important to be left to impulsive young people.

After the groom’s parents have found a likely bride candidate, the go-between is sent to her parents’ home with gifts, and also to ensure that a proposal will be welcomed.
If the answer is yes, then the go-between is charged with obtaining the date and time of the girl’s birth on a birth certificate or some other official document.
This document is then placed on the family’s ancestral altar for three days.
If there no ill omens occur during this period such as a family tragedy, a financial loss, or family infighting, then the parents would pass on the girl’s birth information to an astrologer to cast her horoscope and predict whether she’ll be a good match for their son.
If the groom’s family is happy with the results the astrologer reports, then they’ll pass on their son’s date and time of birth to the bride’s family so that they can evaluate his horoscope.
Only if both families are satisfied with the astrologer’s results can the betrothal then proceed.

Once the wedding day rolls around, the preparations are elaborate.

At dawn on the wedding day, the bride rises at dawn and is bathed in water infused with a grapefruit solution to cleanse her body of evil influences.
This also has the effect of softening her skin.
She dons new underwear and has her hair braided by a ‘good luck woman’ who is speaks of things intended to bring good fortune to the new bride and groom.
When her hair is styled, either the ‘good luck woman’ or her most senior sister-in-law carries the bride to the main hall.
A Chinese bride wears red shoes and a red gown and dons either a red veil or a ‘curtain’ of beads or tassels suspended from a phoenix crown.