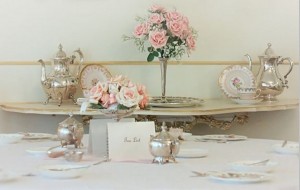 When we think of a bridal shower, we typically think of a group of close family and friends sitting around with the happy bride or couple, giving gifts, having fun, and enjoying each other. What we don’t think about is just how much the event is actually costing, and who is footing the bill. There is a lot of money behind the average bridal shower, you may not realize just how much until you have your own. If the bridal shower is being held in a rented location, such as a reception hall or conference room in a hotel, you can expect that someone has had to pay to rent those facilities. If the event is being catered, there is also an extra expense, not only for the food, but for the servers and staff. There are also decorations to purchase, party favors for the guests, thank you cards, invitations, cake, etc. Who is traditionally supposed to bear the cost of these items?

The good news for the guests is that they don’t have to worry about any of these concerns. They merely have to show up, gift in hand, and have a good time. That being said, if you have your bridal shower at a local dining establishment, you should be prepared to pay for your guests food, no matter how much it is. Typically, whoever hosts the shower pays for the related expenses, but that often may not be the case. Sometimes, members of the bridal party will host the shower, bearing the costs as their gift to the bride, and in some cases, the bride’s parents will also chip in, which is nice, but not expected. To save money, the bridal shower can be held at a private location, such as the parent’s home, church reception hall, etc. You can save even more money by serving finger foods, fruit and veggies, rather than hiring a caterer.

There are some standard rules surrounding bridal showers, all not relating to money. Typically the biggest one is that you should never, ever, expect any of your guests to chip in in anyway, whether it be for the food, rentals, catering, etc. This falls to the hostess of the shower, and no one else.

If you are the mother of the bride, it is better to leave the bridal shower on the shoulders of someone else. In most cases, the maid of honor takes this responsibility on with the acceptance of her position. Of course, if no one wishes to step up to the plate, and you want your daughter to have a shower, then feel free to toss something together.

It is much better to have one large event, than many different showers. Guests cannot afford to attend several different functions all for the same couple and it will be much easier on the hosts to chip in together for one big shower, rather than funding several smaller ones.

Typically, the bride is expected not to use any of the gifts that she receives until after the wedding ceremony is held and if for some reason the wedding doesn’t occur, etiquette says that the gifts should be returned. Your groom is allowed to take part in the shower, if there are other males also present.

No one says that you have to follow the above rules, but if you are planning on having a formal event, it would be best. If you are the maid of honor or a bridesmaid, know that the responsibility of the bridal shower, and all the expenses related to the shower; really do lie on your shoulders!