Because of its proximity to both Japan and China, Korea shares some wedding customs with China such as using the “four pillars” to check if the new couple will be favored as a good match.
After the couple is matched up, a fortuneteller will be called in to reveal if this particular couple will be able to live together in peace.
Even today, modern Korean couples adhere to this custom.
The Koreans even have a saying that accompanies this belief: “Straw sandals are only useful if they fit your feet.”

Gifts are an important part of Korean wedding customs, with the gifts from the groom’s side of the family traditionally delivered on the eve of the wedding day. 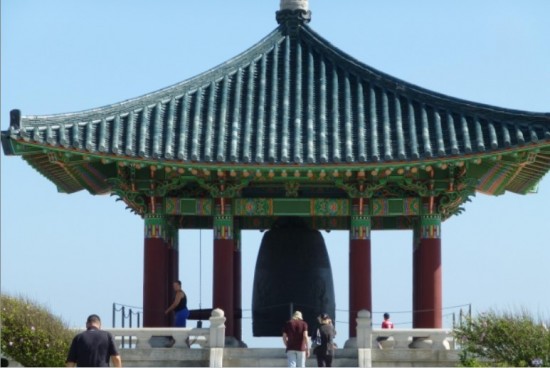 One of the most unusual Korean wedding customs has the groom’s friends, dressed in costumes, and with their faces blackened with squid’s ink, parading around with a large box filled with wedding gifts.
Chanting a traditional chant that states the gifts are for sale, the friends come to the bride’s house.
Members of the bride’s family rush out and offer the gift-bearers money and food in exchange for the box of gifts.
In modern times, this custom has become less common, but families still meet somewhere, usually a restaurant, to offer gifts.
Korean and Korean-American families can spend as much as $40,000 just on engagement gifts, to say nothing of what they spend on wedding gifts or the elaborate wedding ceremony and wedding dinner.

Traditional Korean grooms would give a goose, a customary symbol of faithfulness, since geese mate for life, to his new mother-in-law.
These days, however, Korean families give a wooden goose called a kirogi instead of a live animal.
The goose-giving ceremony is still a prominent feature of Korean weddings.
It takes place around a table called a Teresan in a special area screened off by a screen covered with pictures of peonies.
The ceremony climaxes with a traditional toast involving a sharing of a white wine called jung jong.
Traditionally, this wine was drunk from cups made from the two halves of a gourd grown by the bride’s mother.

The Korean wedding banquet is also called a “noodle banquet” and includes a variety of seasonal dishes, including a noodle dish call kook soo that consists of wheat noodles swimming in a clear beef broth and garnished with vegetables and hard-boiled eggs.
In Korea as in China, noodles symbolize the wish for a long and happy life for the bride and groom.

Interestingly, Korean brides dress in bright tones of red and yellow, not white.

Greek Wedding Customs in a Land of Ancient Gods