Should we have a prenuptial agreement? 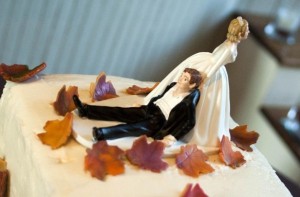 It is interesting to note that the custom of creating prenuptial agreements is not the modern invention that it seems to be. During the 19th century, before the Married Women’s Property Act of 1848, prenuptial agreements were necessary for women in the United States. Until the act became law, everything a woman owned or inherited was transferred to her husband. If he died or divorced her, she was just out of luck.

Nowadays it is not so uncommon to execute prenuptial agreements.
And these are not just for the famous super-rich couples we read about, where one spouse is much richer than the other. These are couples who want to be upfront about financial issues and get that out of the way before the wedding.

Despite its many positive features, the prenuptial agreement cannot accomplish everything.

If you are considering having a prenuptial agreement it is important to remember these things:

• Don’t wait until the last minute to talk about financial matters. Discuss the agreement early in the relationship.
• Don’t try to hide your thoughts, feelings, and especially your assets.

Wedding On A Budget